On Saturday 18 September the winners of three Awards by the European Museum Academy (EMA) were announced during an online ceremony hosted by EMA Chairman Karl Borromäus Murr in the Drents Museum (Assen, the Netherlands). Due to the Covid-19 restrictions, the judging visits to candidates have been cancelled for the last two years and have been replaced by online interviews.

The Luigi Micheletti Award 2020/21 goes to Futurium in Berlin. 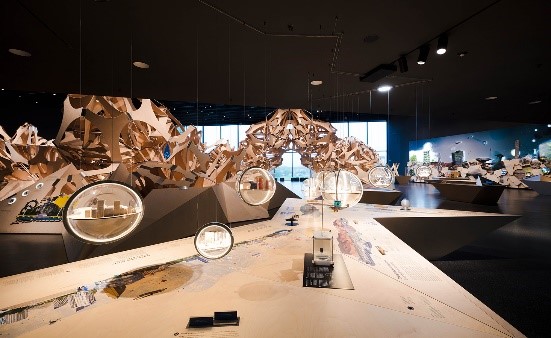 The judges said: Futurium, house of futures, presents major future challenges in a stunning, ideologically neutral way. Visitors can develop their own ideas and visions of the future, in the museum or digitally, thanks to a clear presentation of topics that are crucial for the future, beginning with the basic question ‘How do we want to live?’

The DASA Award 2020/21 goes to The National Museum of Romanian Literature in Bucharest. 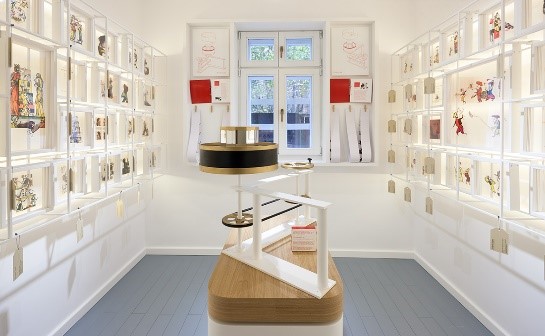 The judges said: The National Museum of Romanian Literature is a role model in the Romanian museum landscape in terms of its social aspirations and its scenographic implementation. It meets the challenge of creating a living literary museum and has embarked on an impressive journey since moving to a new building in 2017. 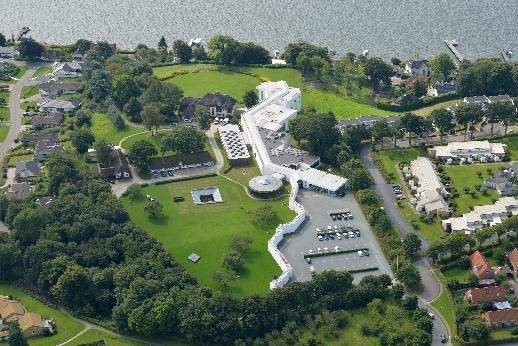 The judges said: Trapholt not only has a unique vision on how to deal with audiences, but has translated this to the way the museum is organised, its leadership and how its mission and values are part of the DNA of the museum. The museum constantly works hard to be relevant for people, to improve based on data and measurement of impact by means of their collections, contemporary art and artists and participatory projects.

In case you have missed this event, you can watch it again on the European Museum Academy website, where you will also be able to read the full jury reports, or via our YouTube channel.

We congratulate both winners and finalists and thank all participants for their application. We also encourage you to participate again on another occasion.

The Heritage in Motion Awards

This afternoon, the Casa Batlló was awarded the Heritage in Motion ‘Best Achievement Award’ for their “Casa Batlló 10D Experience”.
The winners of the four categories were also announced during the Heritage in Motion Award Ceremony on Europa Nostra’s Livestream, this year
from the Doge’s Palace in the World Heritage City of Venice, Italy.
Heritage in Motion is an annual multimedia competition on themes related to Europe’s cultural and natural heritage for the creators and users of films, games, apps and websites. It celebrates the best multimedia achievements and products, engaging the public with Europe’s outstanding heritage in all its forms.

The 2021 ceremony took place on the first day of the European Cultural Heritage Summit, hosted by Europa Nostra. It was later broadcasted on the
Europa Nostra LiveStream. A hybrid event, the 2021 edition forms a new occasion to celebrate excellence in cultural heritage skills, and to discuss
Europe’s recovery and its future, while getting together for the first time after the outbreak of the pandemic.

The Jury was unanimous in declaring Casa Batlló 10D Experience as the winner of the Best Achievement Award.
‘Artificial Intelligence, Augmented Reality, and Machine Learning combine to create immersive spaces and delicate presentations that appeal to senses, offering the Casa Batlló visitor sensations never experienced before.’

Jury: “The range and amount of data mined is impressive. The possibility for each visitor to have a truly unique experience as a result of the number of
digital possibilities that have been explored and brought together is highly remarkable.”

More can be found about the project here and on the museum’s website.

Jury: “The video blog format in a 1940s setting creates a strange, immersive
experience, touching and emotional. A well-conceived impactful project.”
Archaeology at Home (DigVentures, UK) in the category “Website”

Jury: “A real role model to be followed by others – and a worthy outcome of the pandemic which forced so many cultural institutions to go digital.”

Jury: “A refreshing, entertaining approach, mainly addressed to young visitors, to explain the complex notions of biology in an engaging way.”

Casa Batlló 10D Experience (by Casa Batlló, Spain) in the category
“Games & interactive experiences”
Jury: “A true treat for all the senses, the project is truly interactive and offers a unique experience to each visitor”

The Jury was also very impressed by two extra projects to which it decided to award a Special Mention.

Jury: “A great addition to the diving experience, UWAR offers the possibility to experience maritime heritage through a combination of a physical and digital experience.”

Heritales – Heritage Film Festival (by CIDEHUS- Évora, Portugal)
Jury: “Exploring the power of storytelling and shared experience through a
different lens – mainly film – is inspiring, also for other regions in Europe.”

The Heritage in Motion Awards are a joint initiative of Europa Nostra and the European Museum Academy and are empowered by Europeana.

The European Museum Academy is a non-profit foundation representing museums at the European level. The EMA has members in more than 30
countries.

Europeana is the central network for the digital cultural heritage sector in Europe and directly connects thousands of cultural institutions with European citizens.

We will send you a bimonthly newsletter, to keep you updated on new articles, awards and events